Next Article« What others think about us is none of our business
Previous ArticleThe Weight Loss Surgery Channel Launches!! »

On January 16th, 2001 I joined Obesity Help. Aftercare was a little understood concept when I had weight loss surgery so I was very fortunate to have stumbled across this site. Obesity Help was started in 1998 by Eric Klein. Ten years and approximately 600,000 grateful members later, I am proud to be one of them and thankful for the education and support of friends I would never have met otherwise.

On October 31st we met in Los Angeles to celebrate those ten years….and celebrate we did! It all began with a Halloween party and the costumes were big fun. 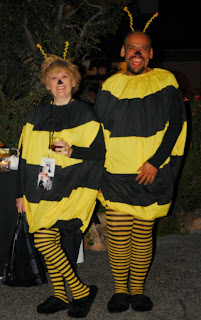 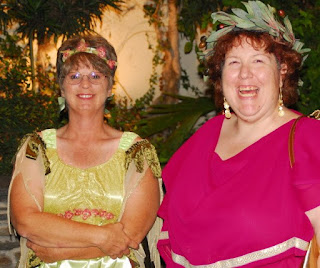 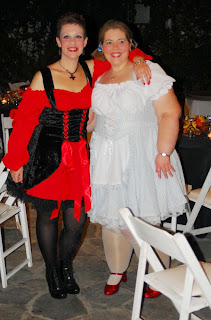 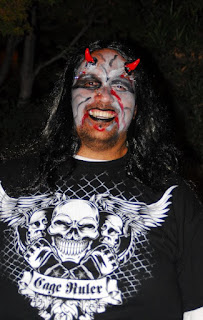 It never hurts to be photographed next to the tallest and hottest blonde (Laura Preston) at the party! 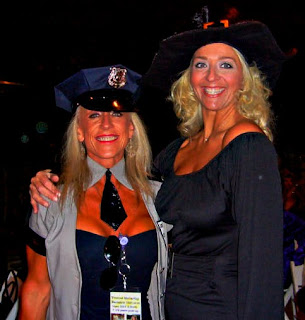 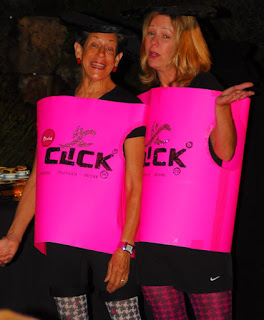 And the winners of the costume party! 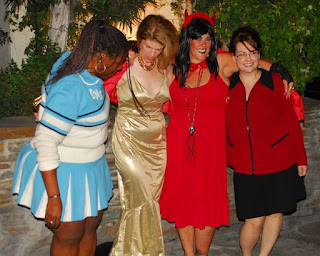 We had a cheerleader that got back into her uniform for the first time in years, a trophy wife, a devilish woman and a Sarah Palin look alike.
The next morning I kicked off the meeting and special thanks to Melting Mama for the picture. 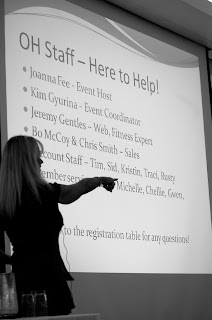 There was an incredible woman at the event named Kim that told me she was inspired by me. I don’t remember her stats exactly but she previously weighed over 300 pounds. This is a picture of us below. Doesn’t she look incredible?? 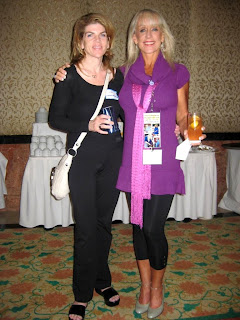 I was honored to speak at the event and as I looked out at those in the chairs before
me, I can’t help but worry who will be missing five years from now…or four..
or three. Each person is a precious soul trying to save their life and I can only hope that those chairs will be filled by the same precious souls next year. On that same note, I fully expect to be standing in front of those souls talking about my passion…and the miracle that was given to me.
So thanks Obesity Help for ten years of changing people’s lives…
one at a time…
including mine.
Here’s hoping you’ll be around another ten years.
Love and kisses,
Yvonne McCarthy
aka Bariatric Girl
I can never get the text to line up with the pictures so the bees are Debra Flores and Ramon Lopez, second row left is Melting Mama and Sarah followed by Rusty in the horns.
To see all the pictures posted from the event, please CLICK HERE!