Diva Taunia featured me on her show. These are the kind words she wrote about me. 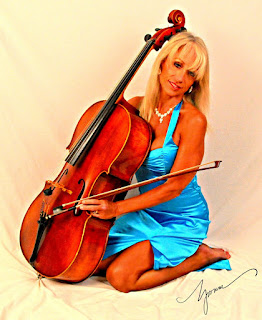 11/16/09 WLS LOVELY FEATURE: YVONNE/BARIATRIC GIRL
A lot of you out there have probably already heard of or spoken directly to Yvonne McCarthy. Why? Because she’s an active and prominent member of the WLS, advocating all of the wonderful and dramatic changes your life will go through post-surgery. Yvonne is otherwise known in the WLS community as “Bariatric Girl.”

I first met Yvonne several months ago when she hosted a news segment on me for the WLS Channel News. What I love most about her is that not only is she excited about her own post-surgery life, but she’s excited for other people too. She said lovely things about me in the segment feature, and now I get the opportunity to do the same for her.

Yvonne is 55 yrs old (which is amazing to me, because I thought she was much, much younger) and HOT. Seriously. She’s blonde, vibrant, gorgeous and a super-sweetheart to boot. She had open RNY on 3/31/01, and lost 130 lbs off of her 260 lb frame. She’s maintained that 130 lb loss for the past 8 years, and is an inspiration to all of us that weight loss can be maintained post-surgery.

She documents her journey and other WLS-related topics on her website at bariatricgirl.com. There you can find links to her blog, YouTube page, WLS Channel and more. She’s also a Life Coach and passionate animal lover. She does volunteer work for WLS advocacy 24/7 and has a website and organization called RYD Obesity.

Yvonne also plays cello, guitar, and sings and is passionate about music as well. Need some inspiration? You’re sure to find it from this talented and passionate woman. Go check out everyone’s favorite Bariatric Girl today! 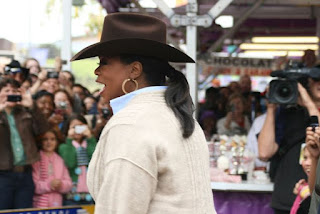 I wouldn’t make it as a famous person for two seconds.

Hollywood spin has always been cruel but I saw it at it’s worst last night. Entertainment Tonight did a story about overweight stars. The story started with Mary Hart saying”Oprah chowing down on corn dogs” and a skinny blonde woman (like me except mean) said “Oprah clearly isn’t serious about her weight loss if she’s eating like this.”
Corn dogs, as in plural.
They proceed to show Oprah eating “a” corn dog during her visit to the Texas State Fair in Dallas, Texas.
It’s a rule, when you go to the Texas State Fair you must eat a Fletcher’s corn dog.
Hey folks….you can be shot for less than that in Texas. Oprah was here doing her show, hundreds of people at the fair showing her around and shoving food in her face because that’s what people do at the fair. 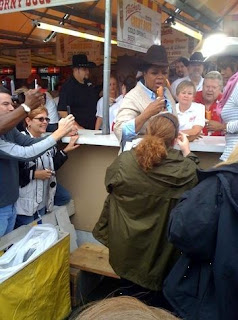 Apparently “In Touch” magazine will be printing an equally cruel article this week so they jumped on the Oprah/corn dog picture right away….added the meany blonde who ruins it for all blondes and the “O” story continues.
I feel for Oprah.
She’ll probably not be making any return trips back to the State Fair of Texas any time soon. They are probably making edits to the Oprah show at this very minute on any dialogue referring to corn dogs and I wouldn’t blame them.
By the way…even though you won’t catch me eating “things super bad for me” very often, I WILL be having a corn dog if I make it to the fair this year.
Remember, it’s the law. 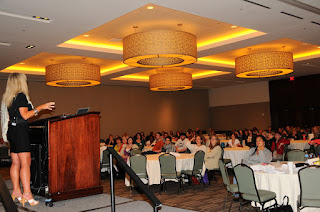 What a time we had in Dallas!! I spoke and I was so happy my husband and my dad and stepmom came too. Awesome new faces and even TWELVE members in attendance from the first OH Event in Arlington 2004. I so wish we had gotten a group picture of us…

Happy reunions getting to see long time friends that are rarely in Dallas. Bo is smiling huh? 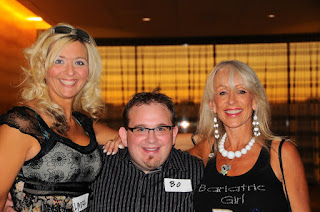 And so many good talks and fun at the fashion show. 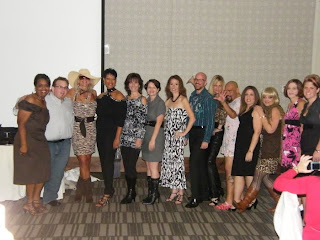 (I let my freak flag fly in the floppy hat)

Thanks to someone else for the fashion show shot but unfortunately we didn’t get everyone in. 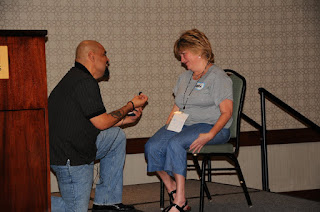 And then the big event of the day was….Ramon asking Debra to marry him!

Like Bo said, you just never know what you’re going to see at an Obesity Help event do you?

We lost a beautiful man this year and it was important to pay homage to him and Bo’s words could not have been better chosen.

If you’d like to see the entire album of pictures, you can view them here:
http://picasaweb.google.com/justyvonne/OHDallas09?feat=directlink

So thank you to everyone that participated and made this a time that shall never be forgotten.
Many blessings to the many that showed me so much love…it was so much appreciated.
Love and light, Yvonne

I was looking at some old pictures today and came across some of my old cat cartoons and thought I’d share one.

In this journey we take each day with our weight loss surgery, it is far far better to laugh a little.

I hope that’s what this will make you do….laugh a little. 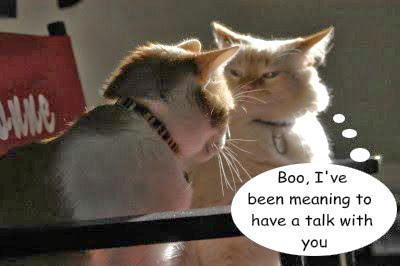 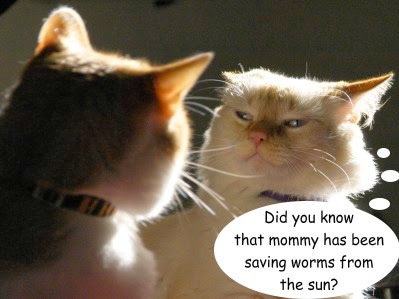 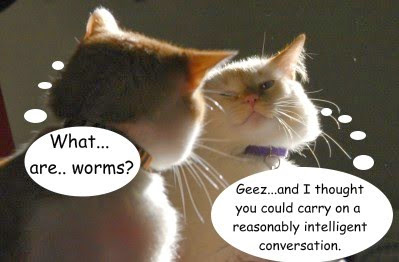 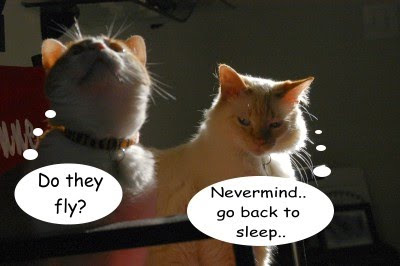 If you like them, let me know because I have some more. Oh, one more with Boo. 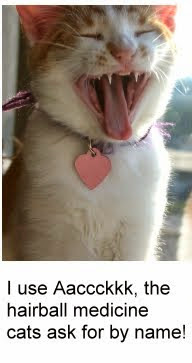 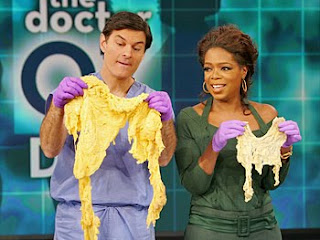 Today I heard Oprah and Dr. Oz are in the process of suing several companies who claimed they endorsed a particular product…one is called acai berry. After this product appeared on the show, the company went crazy selling the stuff, touting endorsement with pictures of both Oprah and Dr. Oz on the product. They finally said “not so fast”. Lately it seems I can’t go anywhere on the internet without beng assualted by acai berry ads. This is the phenomena of Oprah. Any time she endorses anything or even looks like she is, the product becomes an overnight success.
So let’s assume Oprah were to have weight loss surgery. First of all she has to deal with the cameras on her 24/7.

Will she fail?
Or scarier, will she succeed?

If she succeeds, I can only imagine all the masses of uneducated people following suit….wanting surgery….thinking it is a magic pill. As much as Oprah does, if she were to have WLS she would cause thousands to suddenly seek it out. There are not enough docs or facilities available to handle all the people that would follow her. And then she would have to deal with the possible deaths that would could occur from sheer numbers of percentages. That would be more than she or the Oprah empire could handle.

Oprah is also human and surely she has fear just like the rest of us. Don’t you believe that she is also feeling like she may fail yet again just like we all thought? And if she doesn’t fail and actually makes it work, there will be a massive stampede. In a way Oprah is between a rock and a hard place. Even if she spent tons of time educating people about the process there would still be the irresponsible souls that would do it anyway. When they fail because of inadequate education, it would be Oprah’s fault.

Wow, never have I been so grateful not to be in Oprah’s place. Yep…. she has fame and fortune but not only does it not make you happy, sometimes it is the very reason you have backed yourself into a corner that you can’t get out of.

Be careful what you ask for….
Be grateful for what you have….
And most importantly, no one has a perfect life because of being skinny or having tons of money.
And best of all…maybe…just maybe the acai berry will go away.